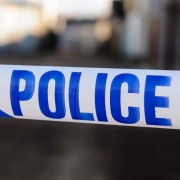 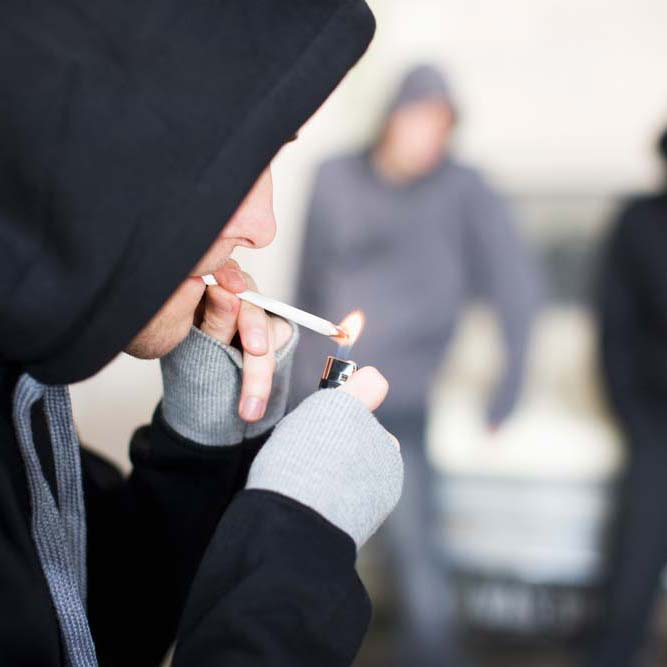 Information was received at Crime Stoppers regarding a child residing in a drug house in Nambucca Heads NSW. Police attended the residence and checked on the welfare of the child. Police also located 10 x hydroponic cannabis plants located in a bedroom. The plants were seized and a male occupant arrested and charged Cultivate prohibited plants.

In January 2019, a stolen motor vehicle was involved in a fatal collision on Wyong Road, Berkeley Vale.  The unknown driver of the stolen vehicle fled the scene and was not located. On 17th of January 2019, information received at Crime Stoppers nominating the male POI as being the driver of the stolen motor vehicle.  This information was the only information received at Crime Stoppers nominating the POI to this incident.  On the 9th of July 2019, the POI was charged with ten offences including Manslaughter-SI. 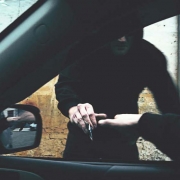 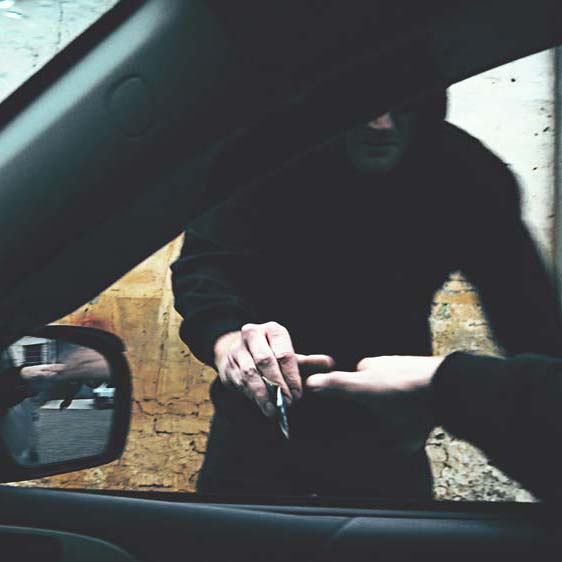 Information was supplied to Crime Stoppers about two males and a female supplying illicit drugs in the Newtown and Stanmore area as part of a drug distribution ring. Surry Hills Police established Strike Force Malakua and during an investigation established that one of the males had supplied a total of 313.5grams of methamphetamine for $44000. Police executed a search warrant and charged the male with five drug supply offences. The court matter is continuing. 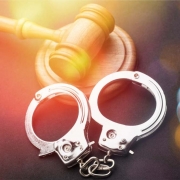 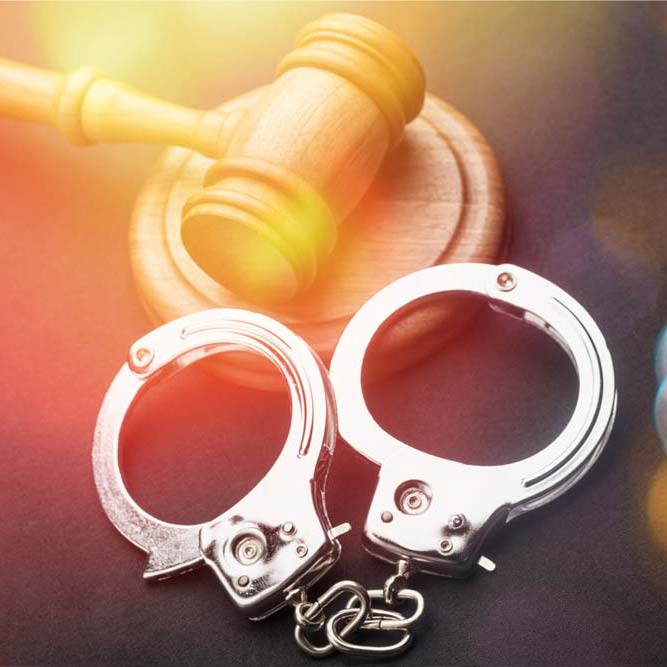 Information was received by Crime Stoppers in relation to a residential premise at Strathfield being used for cannabis cultivation.  Because of the information received, police conducted a search warrant at the address.  146 plants were located along with equipment and fertilisers used for a sophisticated hydroponic set up.  The street value of the cannabis plants seized is $292000. The accused was charged with a number of drug related offences and sentenced at Court with a 2 year imprisonment 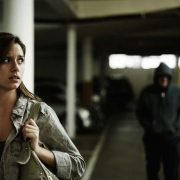 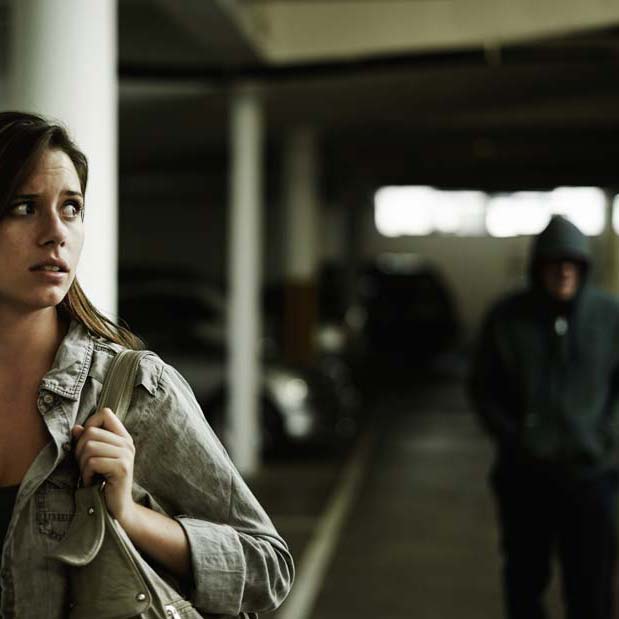 Information was received by Crime Stoppers in relation to the historical sexual assault of six young females in the Cabramatta/Canley Vale area.  Crime Stoppers nominated a person who was later arrested and charged by Fairfield city detectives.   The person has been charged with 16 sexual assault offences and is currently before the Court. 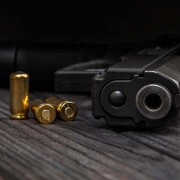 Crime Stoppers received information that unregistered firearms were stored contrary to safe storage requirements in a wooden cupboard on a rural property in Cassilis.

Police attended the Cassilis property and seized 13 unregistered firearms located in a wooden cupboard. A person was charged with two firearm’s offences relating to possessing unregistered firearms and not keeping firearms safely. The matter was later heard in Court and both offences proven with Section 10A Convictions, and the firearms forfeited to the Crown. 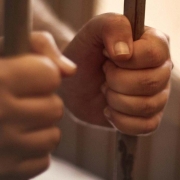 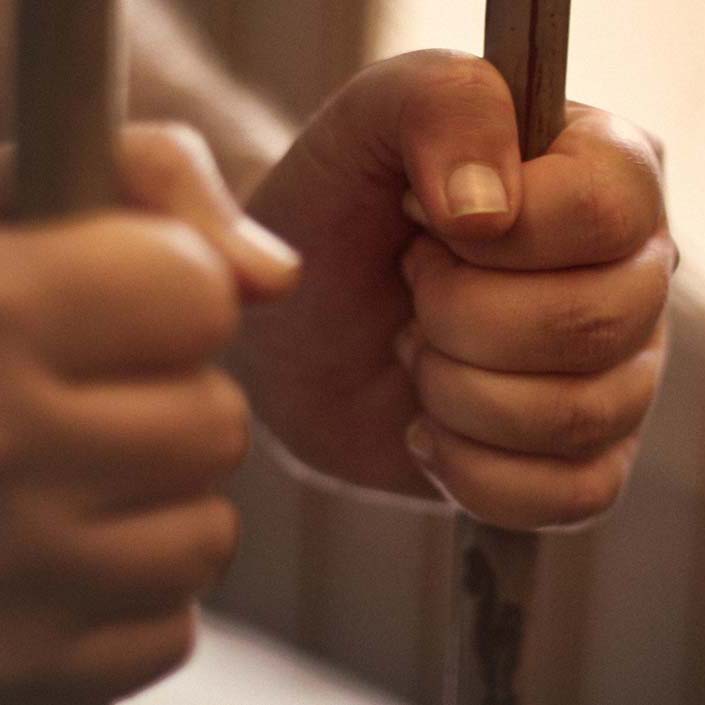 The information was valuable to a Strike Force who had been investigating the man and monitoring his movement.

In total over 10kg of methyl amphetamine was seized by investigators.

The man was arrested and charged by police and was later sentenced to 7years 2 months imprisonment with a 4 year non parole period. 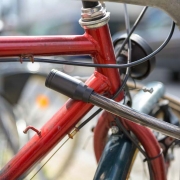 Information was received at Crime Stoppers referring to a male person who was storing at least 10 x bicycles in a shed in Balmain. Bikes were believed to be stolen. Police attended the location where the male person was arrested for the offence of, ‘Goods in Custody’. There were 16 bikes seized at the property in total. The total property value is not known however may be in excess of $5000. The conviction was proved and the male was sentenced to a BOND Sec 9 for 12 months and a $500 fine. 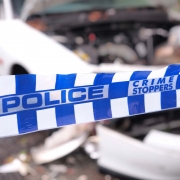 For 30 years, NSW Crime Stoppers have played a critical role in helping solve crime across the state, with the assistance of the NSW Police Force and the community.

The organisation has been a global leader in the Crime Stoppers family since its inception in 1989 and has been acknowledged for the following significant milestones:

NSW Crime Stoppers forms part of a global network which helps solve a crime every 14 minutes around the world. The NSW organisation is contacted every six minutes, with information leading to an average of four arrests per day.

In the last 20 years, contactS to NSW Crime Stoppers has increased from 150 reports each month to almost 8000 per month, with that number likely to continue to rise.

Crime Stoppers could not continue to exist and contribute to crime solving if it weren’t for the collaborative efforts of the NSW Police Force and the community.

“We know from history that public support helps police intervene in criminal activity and disrupt organised gangs who are responsible for a range of crimes. We all want our children, families and friends to feel safe in our own homes and communities,” Mr Price said.

“We don’t want to know who you are, we just want to know what you know. We’re asking you to be a mate and look out for the welfare of others by reporting to Crime Stoppers.”

NSW Crime Stoppers is holding community engagement events in Sydney, Lismore, Wollongong and Dubbo to call on residents to continue to support police by providing information.

At the events, the local police and local communities will be commended for their 30 years of collaboration.

“Our officers see the impact of crime on the community on a daily basis, and we want the public to continue to help us disrupt and prevent illegal activity, so we can achieve more positive outcomes,” A/Supt Maricic said.

“We know that a whole-of-community approach is necessary to effectively tackle criminal behaviour, which is why it is so important to recognise the achievements from the past 30 years.

“Never underestimate the important role you can play in helping police arrest those involved in criminal activity – your phone call could be this missing piece of the puzzle that is essential in solving a crime,” A/Supt Maricic said.

NSW Crime Stoppers is looking forward to another 30 years of partnering with NSW Police and local communities to continue making NSW a safer place to live. 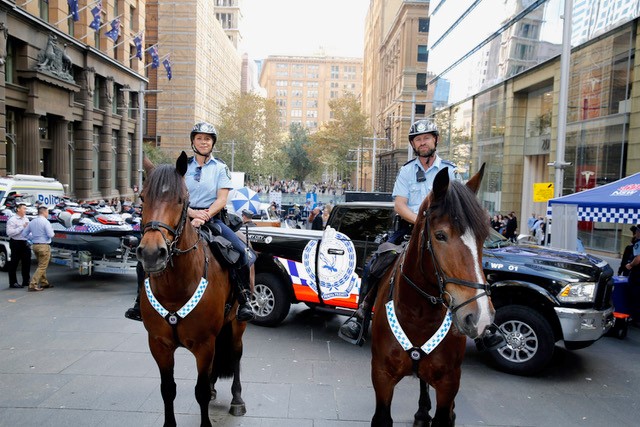 NSW Police and Crime Stoppers have thanked the community for their ongoing support during the recent ‘Dob in a Dealer’ campaign.

The Commonwealth Government funded campaign was launched in January in the Tweed/Byron Police District before being rolled out in 13 other locations, to target Australia’s supply of illicit drugs including methylamphetamine (ice), cocaine, MDMA, heroin and cannabis.

During each launch, police and Crime Stoppers conducted community-engagement activities to encourage members of the public to report information about prohibited drugs.

NSW Police Assistant Commissioner Joe Cassar thanked the community for getting behind the campaign.

“Since the launch of ‘Dob in a Dealer’, police across the state have been working hard to educate the community on the dangers of prohibited drugs, which is why it was so positive to see the calls coming in from members of the public,” Assistant Commissioner Cassar said.

“On behalf of all police, I thank each and every one of you for taking the time to provide that information and I can assure you that we will continue to do everything we can to reduce the availability of prohibited drugs and minimise the harm it can cause.

“It is important to remember that prohibited drugs can impact on people from all socio-economic backgrounds and spans the entire geography of this state.

“That’s why it is so important that people across NSW are doing their bit to help rid our communities of illicit substances, and I urge anyone with information to continue to come forward, as every piece of information can help solve crimes and reduce drug activity,” Assistant Commissioner Cassar said.

Crime Stoppers NSW CEO, Peter Price AM, said this is a great result for the people of NSW.

“The events were well received in all the locations we visited, and it seems we all share a common goal – to create safer communities for ourselves and our families,” Mr Price said.

“While we are pleased with the initial success of the campaign, we would like to continue to see an ongoing increase in the reporting of drug-related crimes.

“Drug-related offences not only costs millions of dollars in healthcare and law enforcement, but tragically and unnecessarily it costs human lives,” Mr Price said Data from the Australian Criminal Intelligence Commissioner’s National Wastewater Drug Monitoring Program illustrates the ongoing ‘ice’ problem across the country. In the last year, cocaine consumption in NSW has increased, almost doubling in Sydney. In addition, NSW has the highest recorded heroin usage in Australia.

The Dob in a Dealer campaign has come to an end for 2019, however NSW Police and Crime Stoppers would like to reinforce the importance of reporting information on any and all crime in the community.

If you think you have information about someone who is manufacturing or supplying drugs, call Crime Stoppers on 1800 333 000 for a confidential conversation, or report securely online at www.crimestoppers.com.au.

In March 2019 two information reports were received at Crime Stoppers as a result of a media release relating to a masturbator on a train and in the Hornsby area. As a result of the information received police arrested the accused and he was charged with 2 x commit act of indecency with person 16 years or over and 2 wilful and obscene exposure in/near public place.